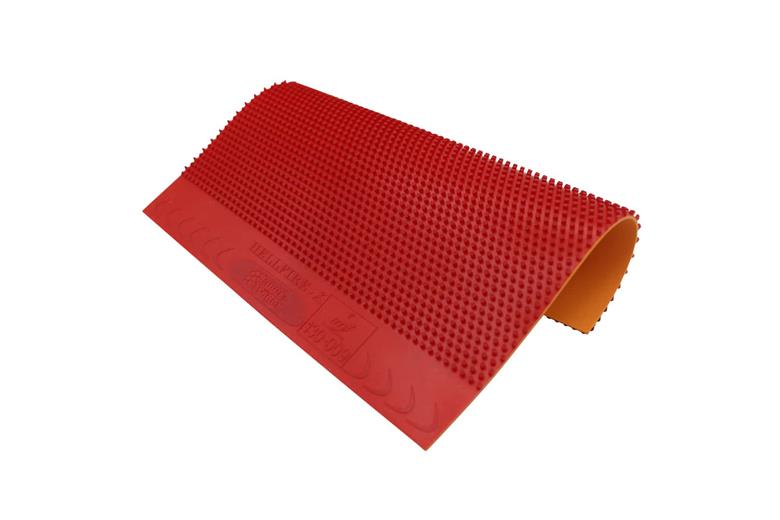 Advance to the new galaxy of the game with Long Pimples!

Innovation & Future: After the “Hellfire” is one of the world’s leading long pimples rubbers, the Hellfire X is about to enter a new, space-filling dimension. The test phase with a total duration of more than 3 years has been incredibly long and intensive. However, from the very beginning, there was only one goal for us: The best long pimple in the near future. The Hellfire X was developed together with highly qualified pimples players under the direction of Sebastian Sauer.

This made it possible to create a long pimple of the highest quality especially according to the players’ wishes. The Hellfire X conveys a unique playing feeling, which is precisely matched to the plastic ball. The perfect balance of speed, control, disturbing effect, and spin development is the heart of the long pimple. The ideal combination of the individual playing characteristics enables you to play table tennis on a new level. Discover now the supernatural powers of Hellfire X.

1. Pimples structure: The pimples of Hellfire X have a high aspect ratio and are spaced far apart. This guarantees the greatest possible space for the pimple heads to buckle. The pimples necks are smooth, the heads slightly roughened. Defensive balls behind the table also produce a lot of spin, so that the opponent is forced to push at the 2nd or 3rd ball. When the ball arrives, the pimples give way and slow down the ball. The ball gets caught on the surface of the pimple and is forwarded with a good portion of spin.

2. Pimples width: The wider pimples heads with the slightly roughened surface are trademarks of the Hellfire-X. If you hit the ball well, your opponent will be in big trouble.

3. Pimples hardness When applying slight pressure, the heads of the pimples give a rather hard appearance. However, under higher pressure, they give way and cause a smoother, softer playing feeling. This is especially important when passing the spin to hard attacking balls. This characteristic of Hellfire X is an absolute guarantee for success. In the offensive game, just a short tap on the ball is enough to generate powerful attacking balls. This gives you options for action that are difficult to calculate for your opponent.

Sebastian’s tip: The OX version (without sponge) differs significantly from the options with the sponge in its playing characteristics. Your game at the table will reach the next level. Conclusion: Hellfire X is “THE PIMPLE” for all pimple players who want to get the most out of their gaming system.