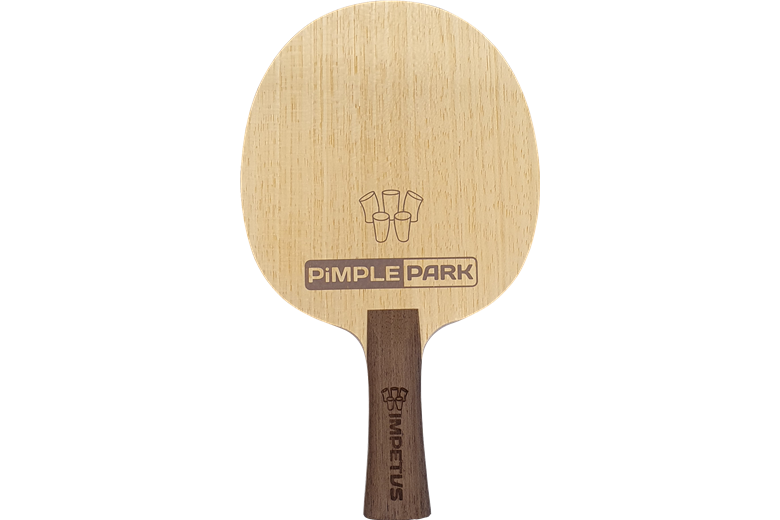 First offensive blade by PiMPLEPARK with a 5+2 veneer construction

For offensive topspin players and players with short pimples

As one of only a few brands around the world, PiMPLEPARK has started to focus on developing table tennis rubbers and blades which harmonize perfectly with the plastic ball right after its foundation.

Impetus is the first offensive blade developed and brought to market by the PIMPLEPARK company.

Impetus is Latin and stands for attacking. While the first three blades were much more defense-oriented, it was time to develop the first offensive blade.

The goal was to create a fast, controlled, and lightweight offensive blade which suits both topspin and short pimple players. In order to develop a blade with these characteristics, the PiMPLEPARK test players tested various different combinations.

As it turned out, the best combination was the popular inner carbon construction, which features two very thin carbon layers placed on top of the lightweight and spin-friendly balsa core veneer.

The veneer structure in detail:

Classical offensive players relying on fast, hard topspin and smash shots will enjoy the Impetus. Even though the blade is fast and direct, it can create a lot of spin when the ball is hit at the right angle. Overall, this blade is clearly aimed more at speed-oriented rather than spin-oriented players.

Short-pimple players will highly enjoy the Impetus as well. The combination of balsa and carbon makes the blade fast and direct, enabling vigorous counter-attacks and blocks as well as powerful smash shots.

When combined with long pimples, the blade is probably slightly too fast and is only suitable for players with very high control on the pimple side.

Weighing about 80g, Impetus is pleasantly lightweight and well-balanced. The dark handle in combination with the light-colored outer veneers conveys a timeless elegance.

The workmanship is excellent as well. And thanks to the slightly sanded edges, the handle provides a pleasant feeling in the hand. 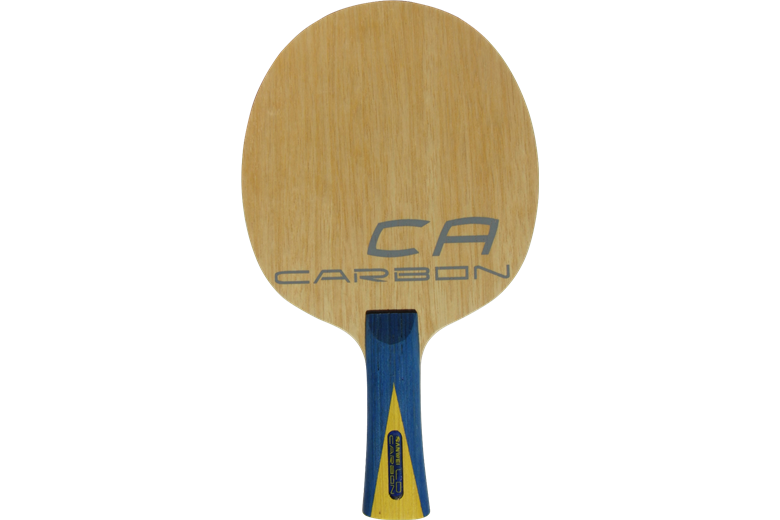 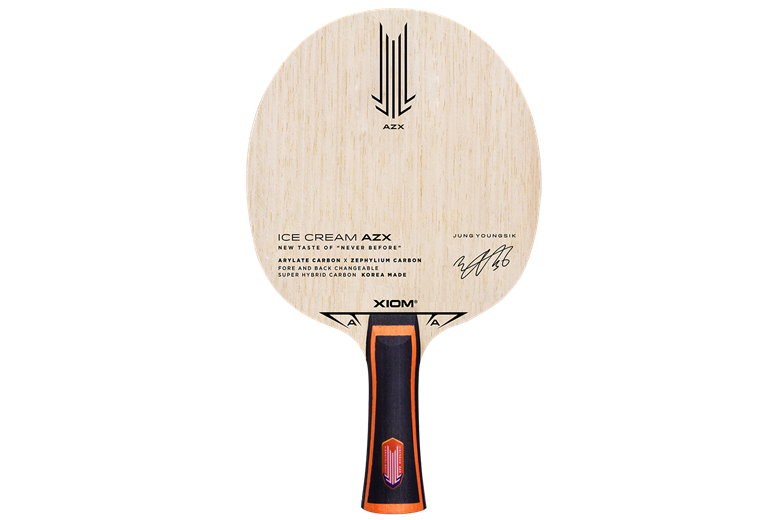